For more than 20 years, Deloitte has recognized the fastest growing public and private technology companies in North America. These tech companies are on the cutting edge and are transforming the way we do business.

The Deloitte Technology Fast 500 is a ranking of the fastest growing technology, media, telecommunications and life sciences companies in North America based on percentage fiscal year revenue growth over five years (2002–2006) 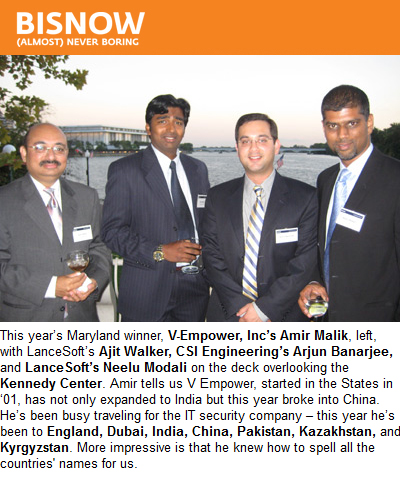 Nothing like a beautiful, still summery-evening at Sequoia in Georgetown on Tuesday to take in the river breezes and salute the 50 fastest growing companies in Maryland and Virginia. 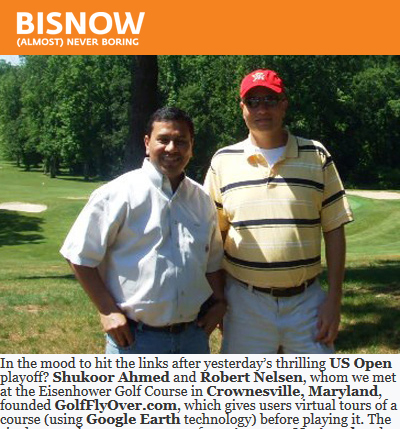 In the mood to hit the links after yesterday’s thrilling US Open playoff? Shukoor Ahmed and Robert Nelsen, whom we met at the Eisenhower Golf Course in Crownesville, Maryland, founded GolfFlyOver.com, which gives users virtual tours of a course (using Google Earth technology) before playing it. 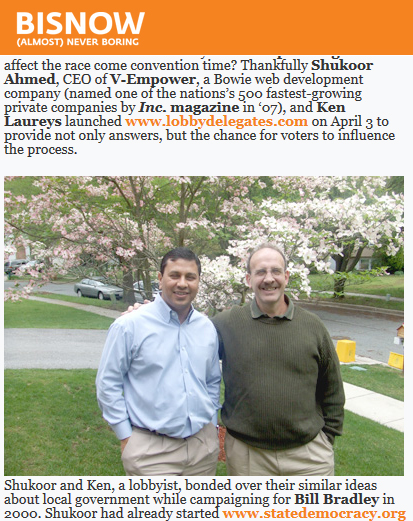 Shukoor and Ken, a lobbyist, bonded over their similar ideas about local government while campaigning for Bill Bradley in 2000. Shukoor had already started www.statedemocracy.org after many voters told him they didn’t know much about their state reps during his 1998 run for the Maryland House of Delegates.

The site is created by V-Empower, Inc. a US-based company with its presence in Hyderabad, India, Speaking on the occasion, Dr Kidwai said the Internet has become an effective medium for communication, lowering the costs of such and allowing people to have access to any information relatively quickly and simply.

IT company V-Empower is rising fast

This month GolfFlyover.com launched on the Web, providing virtual fly-overs of golf courses all over the country. The site provides golfers a bird's eye view of the ground they're going to play before they even hit the first tee.